Did you get an open container ticket in the Houston area or anywhere in the state of Texas? The same laws, punishment, penalties, and fines apply no matter where you are in the lone star state. Current open container law in Texas was enacted as part of the state’s push to make the law stricter on driving under the influence and to comply with the Federal Transportation Equity Act so the state wouldn’t lose funding. Though the open container statute has not changed significantly in more than a decade, many Texans remain confused about exactly what the state’s open container laws cover. If you’ve received an open container ticket, an experienced defense attorney can help you navigate the legal process. Call us at (713) 257-9839 to schedule a consultation today! 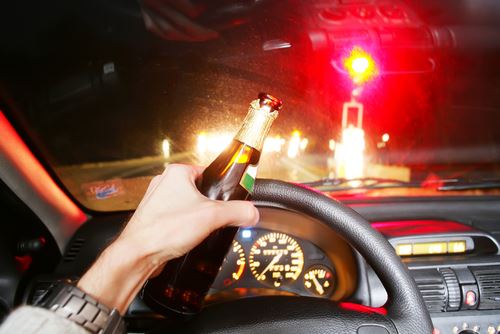 A person commits an offense if the person knowingly possesses an open container in a passenger area of a motor vehicle that is located on a public highway, regardless of whether the vehicle is being operated or is stopped or parked.”

However, the plain text of this law can be confusing: what qualifies as an “open container,” the “passenger area,” or a “public highway”? Unfortunately for many Texas motorists, the definitions are not always intuitive and are actually stricter than the average person may think.

What is the “Passenger Area?”

What qualifies as the passenger area of a car can also be confusing. Essentially, any place that a container of alcohol is visible to the car’s driver and within their reach is generally regarded as the “passenger area.” The law does explicitly exclude open containers kept in car trunks, locked glove compartments or areas behind the back row of seats in cars without trunks from violating the law.

Lastly, the definition of “public highway” doesn’t just include interstates; the law covers open containers on all publicly-maintained roads. What’s more, the areas immediately next to any public road are also covered by Texas’ open container law. In other words, even if you are parked on a quiet back road, you can still violate the law if you have an open container in your backseat.

Can a Passenger have an Open Container?

Even though Texas’ open container laws are so strict and broadly defined, it often still comes as a surprise that these laws apply to a vehicle’s passengers as well. Make no mistake: a passenger holding an open container is violating state law, even if they are never in a position to actually operate the vehicle. After all, that open container is still in the passenger area as defined by Texas law.

If you get pulled over while your passenger is holding an open container, both you and the passenger can face charges for the open container. It doesn’t matter if you’re completely sober or if you never actually touched the bottle, can or flask; you are still in violation of the law.

What Happens if You Get an Open Container Ticket?

Penalties for an open container violation are substantial, but are often less severe than a DUI. The arresting officer will typically issue a ticket that carries a low to moderate fine. Jail time may be a possibility, however, depending on the circumstances.

What is the Penalty for Violating the Open Container Law?

By itself, possessing an open container of alcohol in a motor vehicle is a Class C misdemeanor that carries a fine of up to $500 and no mandatory jailtime. As long as you and your passengers are not violating any other laws, you’ll simply be given a ticket and ordered to pay the fine.

Even a Class C misdemeanor on your record can have far-reaching consequences. While the legal punishment by the state is limited to a fine, having a record with even a minor misdemeanor on it can affect your career and academic pursuits. For example, many colleges and universities require you to disclose any criminal record and having a misdemeanor in your background can negatively impact your acceptance or ability to get financial aid. Many employment applications also ask about criminal records and a misdemeanor can disqualify you; professional licenses or security clearances that you may need to further your career can also take any misdemeanors on your record into consideration. Lastly, most auto insurance companies will consider you high risk if you have an open container conviction, leading to increased monthly premiums.

What About Limos and Buses?

Texas law does exclude a few unique circumstances from its open container prohibitions. Passengers in a vehicle for hire–such as a taxi, limousine, bus or Uber–are not subject to the open container law. Similarly, a passenger with an open container in the living area of a motor home, recreational vehicle (RV) or camper trailer is not considered to be violating Texas law. Keep in mind, however, that the driver of the vehicle can still be charged with an open container violation in both of these cases.

Can I fight an Open Container Ticket?

Outside of these two exceptions to the reach of Texas’ open container law, you do have several defenses available if you are pulled over with an open container in the passenger area of your car. A law enforcement officer must have reasonable suspicion to pull you over and sufficient legal cause to perform a search of your vehicle. If your open container charge stems from an illegal stop or unlawful search, you need an experienced attorney who is familiar with the open container law in Texas. At Johnson, Johnson & Baer, P.C., our highly skilled attorneys can evaluate your case and defend against unfair and illegal citations. Don’t hesitate, call (713) 422-2270 ">(713) 422-2270 to speak with an attorney today!