Texas law enforcement officers launched a determined DWI crackdown that has already resulted in sweeping 2019 arrests. The state is nationally recognized for its strict law and order policies, and DWI has been a sore point for many years. 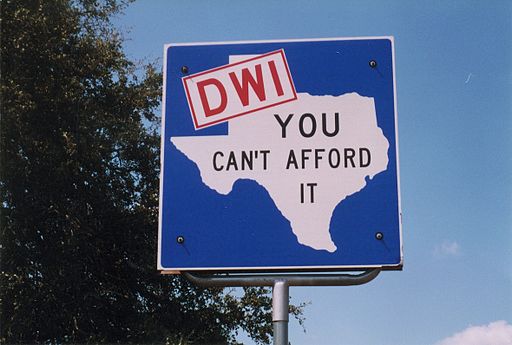 So prevalent were DWIs that news outlets such as the Houston Chronicle have run splashy headlines stating DWI was “Out of Control” and that Houston was “ground zero for drunken and drugged driving.”  The recent push back by police officers aims to curb DWI offenders and drivers are warned that getting behind the wheel when even close to the legal limit could thrust you into a head-spinning criminal prosecution that upends your ability to drive, status in the community and risks a permanent criminal record if found guilty.

Recent news reports indicate that 35 people were stopped and arrested for felony DWI in Brazoria County during February. Under Texas law, an individual’s first two DWI incidents are generally prosecuted as misdemeanors. A third offense often rises to the level of a felony because state prosecutors consider defendants habitual offenders. If convicted of felony DWI in Texas, you could face hefty fines and do time behind bars.

Recognizing that college spring break has created a lax party atmosphere in too many communities, Galveston County law enforcement cracked down hard on DWI. According to reports, upwards of 70 individuals were detained and arrested for DWI during the March 11-19 spring break period. Among those arrested were repeat offenders and at least one driver with a child in the vehicle. Texas state prosecutors can enhance the charge to a felony when a child is placed in harm’s way.

Like Brazoria County, Galveston-area law enforcement had also charged nearly two dozen drivers with felony drunk driving during February as well. Three of those arrests reportedly involved driving with a child in the vehicle while intoxicated. If convicted of felony DWI, everyday people face 2-10 years in prison and are subject to thousands in annual fees to hold a driver’s license once the initial suspension has been lifted.

It’s understandable that Texas law enforcement has launched a major 2019 crackdown on DWI. The state has repeatedly ranked at or near the most alcohol-related crash fatalities and above the national average in drunk driving prevalence. Local police departments are well aware of data that indicates as many as 300,000 people drive while intoxicated each day, and only approximately 3,200 get caught. That’s why DWI crackdowns are only expected to increase.

Making matters worse for those charged with DWI in Texas, several crime-reporting news sites have posted mug shots that are sure to trend on social media in plain view of your friends, employer, and loved ones. It’s crucial to contact a DWI defense attorney immediately if you are accused and protect your good name.