Texas newscasters recently brought viewers the sad story of a young mother who, just before Christmas, was killed by a teenager who had downed 12 drinks at a nearby bar. Shortly thereafter, five bar employees, several of whom were between ages 19 and 22 themselves, were arrested and charged with misdemeanor liquor violations for serving this underage patron. 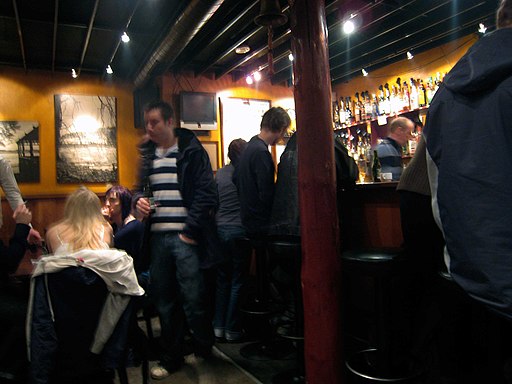 What about the potential civil and criminal liability bartenders and bar employees have for their patrons (including those under 21) when they drink too much before driving?

What Obligations Does a Bartender Have Toward Adult Patrons?

Many bars flatly prohibit anyone under age 21 from entering, which, in theory, limits their risk of over serving legal drinkers. But determining exactly how many drinks is too many for a certain guest can be a tough task, and bartenders often toe a fine line between offending paying customers and ensuring the safety of the public. For some, just one or two drinks in a short period of time may lead to obvious intoxication, while other bar patrons can seem to remain sober even after half a dozen drinks.

It’s relatively uncommon for a bartender, bar manager, or bar owner to face criminal charges for over serving a patron. The cases in which criminal charges are filed usually involve situations in which any reasonable person would have known that the intoxicated patron was in no shape to keep drinking. Bartenders don’t often have an affirmative duty to take away a guest’s keys, although many make a practice of providing a shuttle, calling a cab, or rideshare service for anyone they notice seems to have had a few too many.

But even if criminal charges are unlikely, civil liability can often be imposed on bar staff through a wrongful death lawsuit. Anyone who is injured or suffers property damage after being hit by a drunk driver may be able to sue not only the driver, but any person or business who supplied this person with alcohol while knowing there was a risk they’d get behind the wheel.

Are Bartenders Responsible for Curbing Underage Drinking Too?

In the tragic case of the young Texas mother, the young man allegedly responsible for her death—at only 19 years old—never should have been served a drink in the first place. But does the fault stop with bartenders, or are bar owners and bouncers also responsible for ensuring that underage patrons aren’t served alcohol?

The answer largely depends on the bar’s structure. In some small bars, the bartender may be the ID-checker, drink mixer, and payment processor, which would make it difficult to master any one of these responsibilities. Still, some argue that responsibility shouldn’t lie with anyone else.